Knowing when to say “I don’t know”

While we're always here to help, it doesn't mean we're invariably going to say yes. Sometimes we might not know how to do something.
But we can figure it out. 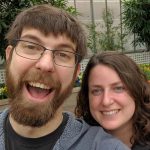 I started tinkering with web design and development as a freshman in high school. My friend and I started a small site on Angelfire, a free web hosting service from the early 2000s which catered to small, personal websites. The content was what you’d expect any 13-year-old nerd to discuss given a platform: Dissecting the latest episode of Dragonball Z we saw, annoyances with high school homework, and terrible jokes we thought were the bee’s knees.

From a technical and design standpoint, the site was laughably uncomplicated. The layout was constructed by using tables (yes, like Microsoft Excel), had about three different colors total, and images were used in place of text.

Most notably, it was written with very “flat” code, meaning that if I made a change to one of the recurring page elements, it would only update on that specific page, and not across the rest of the site. Every single one of these is now considered heresy by today’s web standards.

As I grew older, I planted myself pretty firmly in tech. I was going to college for IT, played video games, kept up on all the latest gadgets and whatnot, and had even built my water-cooled computer. People knew that I lived and breathed the stuff, and along with that, came requests to build or fix or explain anything tech-related.

Finally, the day came when someone asked me to build them a website, and they wanted to pay me for it.

This type of work was wholly new territory for me. I had no idea what I was doing. “Where do I start? When should I say it will be done? Who covers the costs incurred? How do I bill people? What do I bill people?”

I didn’t know — But I tried to figure it out the best I could.

And to my surprise, as long as I was upfront with my clients, they were pretty cool with it. They understood I was young, excited, and somewhat capable, so they knew what they were getting into. Performing contract work was not something I ever anticipated, but I enjoyed it. I learned about different professions and organizations, met new people, and showed off what I had built – all while getting paid. The business side of contract work was exciting as well; I had to keep books, file taxes, and understand how business expenses worked. And, luckily for me, I was able to learn it all as I went.

Fast forward to today. I’ve been with Studio Ace of Spades for seven years and doing contract work for twelve. Throughout that time, our whole team has experienced the “I don’t know” moment countless times. Here are a few of the rather intriguing tasks clients have requested of us:

That is who we are. We enjoy what we do, and at its core, what we do is to solve problems. Whether it is a complicated programming puzzle, a less-than-common design specification, or an idea that nobody has ever conceived, we enjoy discovering your needs and solving your issues.

Sometimes, tasks are easy. Other times, they are far from it. For us, if we don’t take the time to sit down and truly understand a task or project, we might be shorting not only ourselves but our clients as well. A lack of planning reflects on everyone involved, resulting in a sloppy approach to business.

Our work is our passion, so being thorough is paramount to us.